The perfect destination for a relaxing and luxurious holiday. 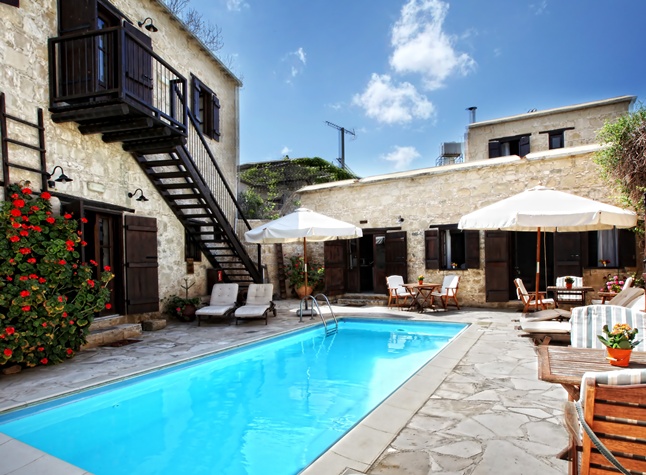 TripAdvisor rating based on 45 customer reviews

Situated in the picturesque village of Goudi a short drive away from the bustle of Paphos, close to the unspoilt little town of Polis with its charming fishing village of Latchi and just 5km away from the scenic beaches of the Akamas Bay, LEONIDAS Village Houses is a complex of 5 individual traditional houses sharing a common yard, garden and swimming pool with a panoramic view to the village valley.

The houses were initially build in the 19th century and were recently reconstructed according to the traditional architectural traits and building materials. They were built in the traditional Cypriot style with full respect to the past and the entire décor has been restored in detail to adhere to the Cypriot era, therefore providing a unique atmosphere.