Athens at a glance

Quite simply, Athens is amazing. It’s one of the oldest cities in the world but great fun today – a fizzing cocktail of history, shops, restaurants, markets, bars, museums, cafes and parks.  It’s modern, vibrant, and stunningly picturesque. And a reminder of the wonder of Ancient Greece is never far away.

Here are a few reasons why it’s such a great place to visit.

Lots of traffic free areas mean many attractions – both modern and ancient – can be reached safely on foot. There are good metro, bus, trolley and tram services too.

Athens has a fantastic seafront, its own riviera of more than 20 miles of stylish suburbs-on-sea. Public transport links go there, and there’s a cycle track too. Some city hotels have rooftop or garden swimming pools that non-guests can use.

Like eating and drinking? The menu of where to go and what to choose is immense, from traditional family-run tavernas to top-end international restaurants.  You can even eat in a revolving restaurant in the sky.

Want to party? There are clubs and music bars in the city that never sleeps. Open-air cinemas in the summer months have midnight screenings.

All these brilliant gems are mixed up with a treasure trove from thousands of years of history. Dozens of ancient sites, more than 70 museums and art galleries, beautiful churches, mosques, pagan temples, a theatre from 2,000 years ago and a cemetery that’s even older.

The Acropolis is the must-see “sacred” heart of the city. It’s a rocky outcrop with four ancient sites and links the Athens of today with its ancient patron, Athena, goddess of war and wisdom.  More than two million people go there every year.

The Acropolis is crowned by the huge marble Parthenon, an ancient temple described as the most beautiful building in the world.  It’s heart-stoppingly lovely when lit at night but, like unmissable Athens, amazing at any time.

Where to stay in Athens

Glyfada is a sophisticated resort on the Athenian Riviera. 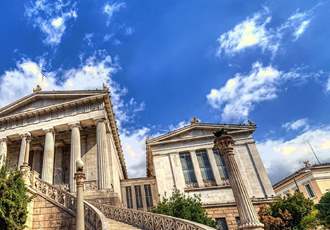 A colourful, fashionable area enjoying a recent resurgence, reflecting Athens bohemian side in its pavement art and street performances. 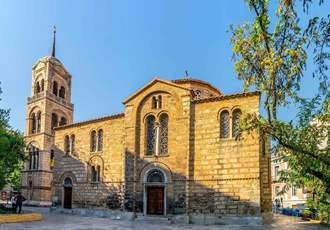 At the very heart of the city, Omonia Square throbs with life, offering fascinating markets and a wide range of restaurants. 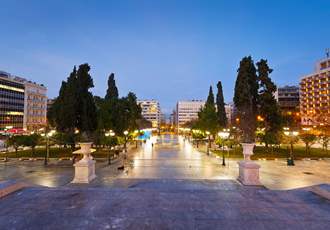 Syntagma Square is named after the Greek word for Constitution. The name derives from the fact Greece's 1st constitution was proclaimed by King Otto, 1843. 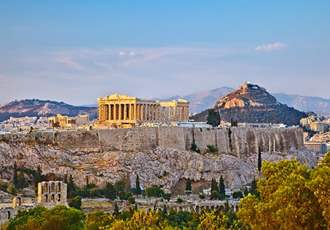 Pedion Areos provides easy access to the Acropolis, Plaka and Monastiraki and many museums. 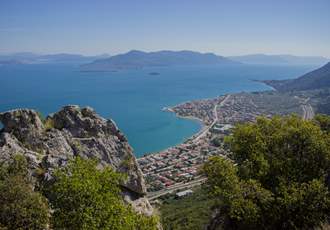 Kamena Vourla is about 90 minutes drive from Athens 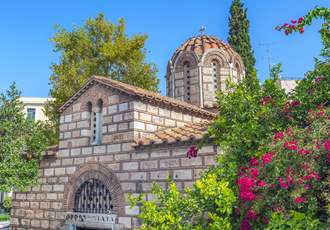 Right in the centre of Athens, in the shadow of the Acropolis

Located outside of the city centre nearby the port town of Piraeus. 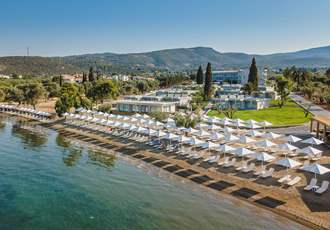 The island of Evia is one of the closest to Athens and yet it is one of the most unknown. That is because Evia is so large that there is much to know about it. Second in size to Crete, it stretches from the tip of the Pelion Peninsula all the way south to the… 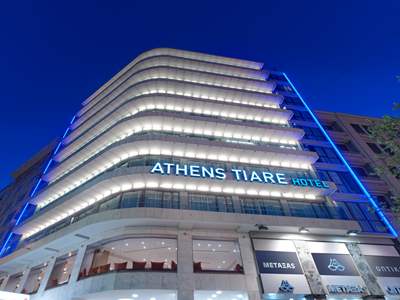 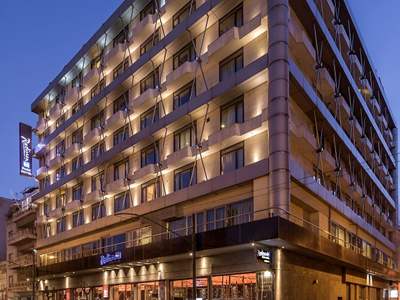 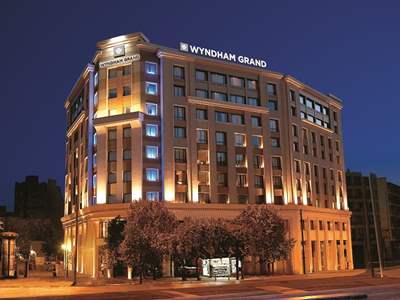 Want an action-packed sightseeing trip? Then visit in March, April or early May or between late September and the end of October when the cooler weather helps to make exploring a pleasure.  The temperature will start to rise in May, and it will be hot in the peak summer months. The sun will be out for 11 or 12 hours a day and in a heatwave the city centre temperature can hit 40 degrees.

So have an early breakfast and do some of the sights before the temperature hits the mid 30s. Or take the short journey to the Athens Riviera and enjoy the seaside during the heat of the day and eat al fresco at a city restaurant or charming taverna in the evening.

It hardly rains between the end of May and the start of October. November tends to be wettest month. Average temperatures during the winter months are usually double those in London. Tourism goes on throughout the year – and so do the excursions.

The sun should be shining brightly for Easter, the biggest religious festival in Greece, which is on Sunday April 19 in 2020. The dates are usually different to the UK Easter.

Athens has a greater variety of public transport than lots of modern cities. Take your pick from the following:

There’s a helpful Athens Transport website in English. Here are five other ways to experience this marvellous city:

There are masses of guided tours, many have a theme such as history, food or best sights.

Cars and other vehicles can, of course, be hired and are marvellous ways of exploring Greece. But using a car in this busy city can be challenging.

Syntagma Square and the Tomb of the Unknown Soldier

It has elements of Trafalgar Square, The Mall and Whitehall. But this is Athens, so Syntagma Square, the city’s central and most important square, is made of white marble. 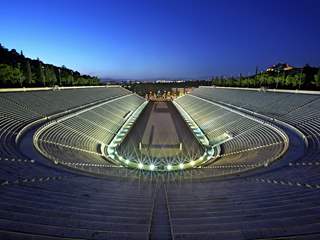 Want to run the 100 metres in an Olympic Stadium (or, if it’s too hot, take the 100-metre stroll)?  Then visit the amazing all-marble Panathenaic Stadium in Athens. 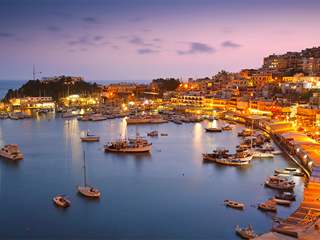 As well as being the largest Mediterranean port and the starting point for many Island-hopping itineraries, Piraeus is a great place to explore and in recent years has developed into a hot spot for nightlife and culinary delights. Porto Leone as it was once names, is a short distance from Athens itself and offers its own history, particularly from a Nautical perspective including a visit to the Hellenic Maritime Museum and the Piraeus Archaeological Museum featuring the Statue of Apollo, God of the Sun. light, music and prophecy. 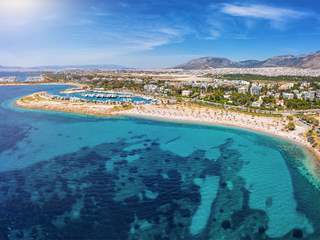 One of the coolest parts of Athens is the coastal resort of Glyfada, less than 1 hour journey from the city centre, with its trendy shops, bars and restaurants, it’s a great place to get away from the city heat and enjoy a day in the open air with sand between your toes. Its all about chilling and dining in Glyfada.

Where are the best places to shop in Athens?

High-end Kolonaki has world-famous brands, traffic free Ermou, the Oxford Street of Athens, has department stores, clothes and lots of shoe shops. The atmospheric lanes of ancient Plaka are great for souvenirs, independent shops and cafes.  Monastriki has small shops selling everything from antiques to vintage clothes, there are street performers and, on Sundays, the city’s largest flea market. There are several malls, the Athens Mall at Maroussi is one of Europe’s largest with about 200 outlets. Wherever you shop, hand-made shoes, rugs and jewellery, especially gold, are good things to look for. If you buy too many stores will arrange delivery to the UK.

Can you save money by buying a combined ticket for the main archaeological sites in Athens?

Yes, a special package ticket can be bought from the Greek Ministry of Culture that manages these sites. It provides access to The Acropolis and seven other sites. A combined ticket is 30 euros, a potential saving of 34 euros in the summer months. There is also an Athens City Pass that includes ancient sites and offers options which include public transport, excursions and even a one-day cruise. Prices start at 33 euros. Combined tickets can be bought online.

Now we’ve left the EU will I (and my grandchildren) be denied the reduced entry prices at the archaeological sites?

Not this year.  Everything should remain the same during the transition period which continues until January 1, 2021. What happens after that depends on what arrangements are made this year.